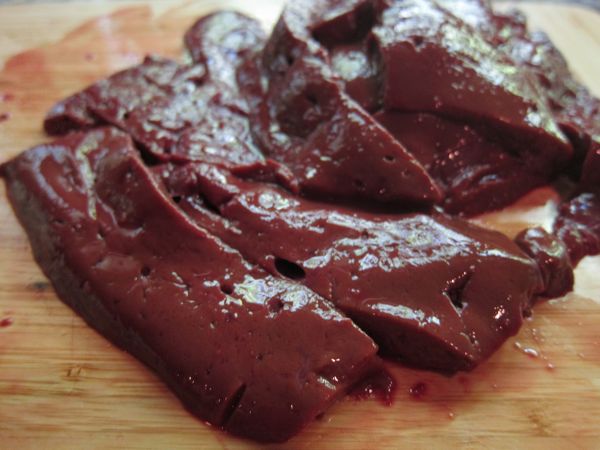 Is there a name for this sort of colour? My first instinct is mauve, but that’s not quite right.

Edit: To put this in context, I would like to describe a chunk of raw liver in a way understandable by a twelve-year-old. To artificially narrow the audience, suppose the reader is aware that the liver is an internal organ, but they are not necessarily aware of what it does or looks like. After the description, they should be no more aware of the liver’s function in the body, but have some idea what colour it is.

In the context you’ve given, I’d personally use the word livid (Dictionary.com). Livid is often used to describe the color of fresh bruises and it also has the meaning of being speechless with fury.

Although the picture you’ve posted doesn’t appear that way, in my experience, raw liver is pretty similar in color to the deep reddish purple of fresh bruises. I think livid not only conveys this, but also adds a sort of distasteful, gross feel that would match your context.

If you think that 12-year-olds won’t understand that context, you could consider using bruised instead.