How would you describe the number of shelves of the growing trays in the image below? Four-leveled, four-tier, four-shelf or four-decker? Are all these ways correct and interchangeable? 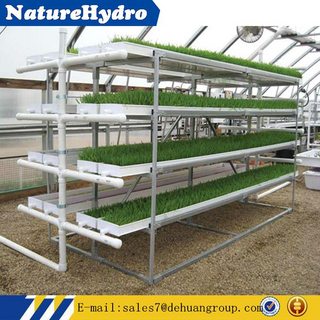 The picture depicts a seedling stand. They are sometimes also called racks (just like for a computer server.)

When they have wheels (casters), they can be called carts.

Typically, a seedling stand can have various levels called tiers or shelves.

And the shelves are where the trays of seedlings are placed.

In American marketing lingo, there are always attempts to be cute. You can say that a stand has four tiers (meaning levels) and then call it: A four-decker stand. Like a double-decker bus. But this is really marketing language and not a precise technical description.