What is the origin of primrose used in the idiom primrose path, as defined by the Oxford Online Dictionary?

The pursuit of pleasure, especially when it is seen to bring disastrous consequences.
[Lexico]

a path of ease or pleasure and especially sensual pleasure

Ophelia: But, good my brother,
Do not, as some ungracious pastors do,
Show me the steep and thorny way to heaven;
Whiles, like a puff’d and reckless libertine,
Himself the primrose path of dalliance treads,
And recks not his own rede. (Act 1, 3)

But I did not find any explanation for why primroses were traditionally associated with hedonistic and promiscuous behaviour. They seem so charming, sweet and innocent to me. 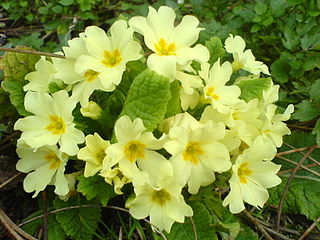 Shakespeare later used ‘the primrose way’, which has the same meaning, in Macbeth. This variant is hardly ever used now

The association between primrose and pleasure comes from its status as an early spring flower, and that flower’s association with maidens and pleasure. According to the Oxford English Dictionary, the word comes from Anglo-Norman primerose, lit. first rose. (Compare primerole, another word that referred to early spring flowers like the daisy, primrose, and cowslip.) The Middle English Dictionary entry gives lots of examples of early usage for primrose.

First, it helps to know that these flowers were eaten. Your question reminded me of a Middle English lyric, Maiden in the Mor, which uses the primerole as a food (mete) consumed by the eponymous maiden:

The primerole ant the violet.

What? Eat flowers? There is a naturalistic edge to this (surviving only on flower), but primrose was also known as a pleasurable, sweet food! In a late medieval cookbook (BL Harley 279), mixing up flowers to eat was delicious (again from the Middle English Dictionary):

(Primrose: take other a half-pound of flower of rice, 3 pounds of almonds, half an ounce of honey and saffron, and take the flower of the primrose, and grind them and temper them up with almond milk.)

So we have flowers, eating, and maidens. Any eroticism is through association with spring and maidens, who are (a) pure and (b) ready for sex, marriage, and/or childbirth. Here is a stanza from the fifteenth century poem Ave Regina Celorum by John Lydgate, where the primrose is used to describe Mary:

That brought Israell out of captyuyte,

As sterre of Iacob by a prerogatyfe

Plesaunce is a common collocation for primrose, perhaps because of the alliteration. So the primrose is a flower of pleasure, either in taste or in other figurative use.

In these and other examples, I find no reference to such pleasure being a negative thing. Given that absence (an an Early English Books Online search mainly revealed references to herbology or to people in positive senses) I suggest that any negativity would be context-dependent. So the notion of the primrose path as negative depends on its context in Shakespeare, not on any quality of the primrose.