Taking a personality quiz on FiveThirtyEight, there were these graphs, consisting of a regular pentagon and an irregular pentagon inside with the points further from the center being lesser and points closer to the edge being greater, on top of regularly spaced bars: 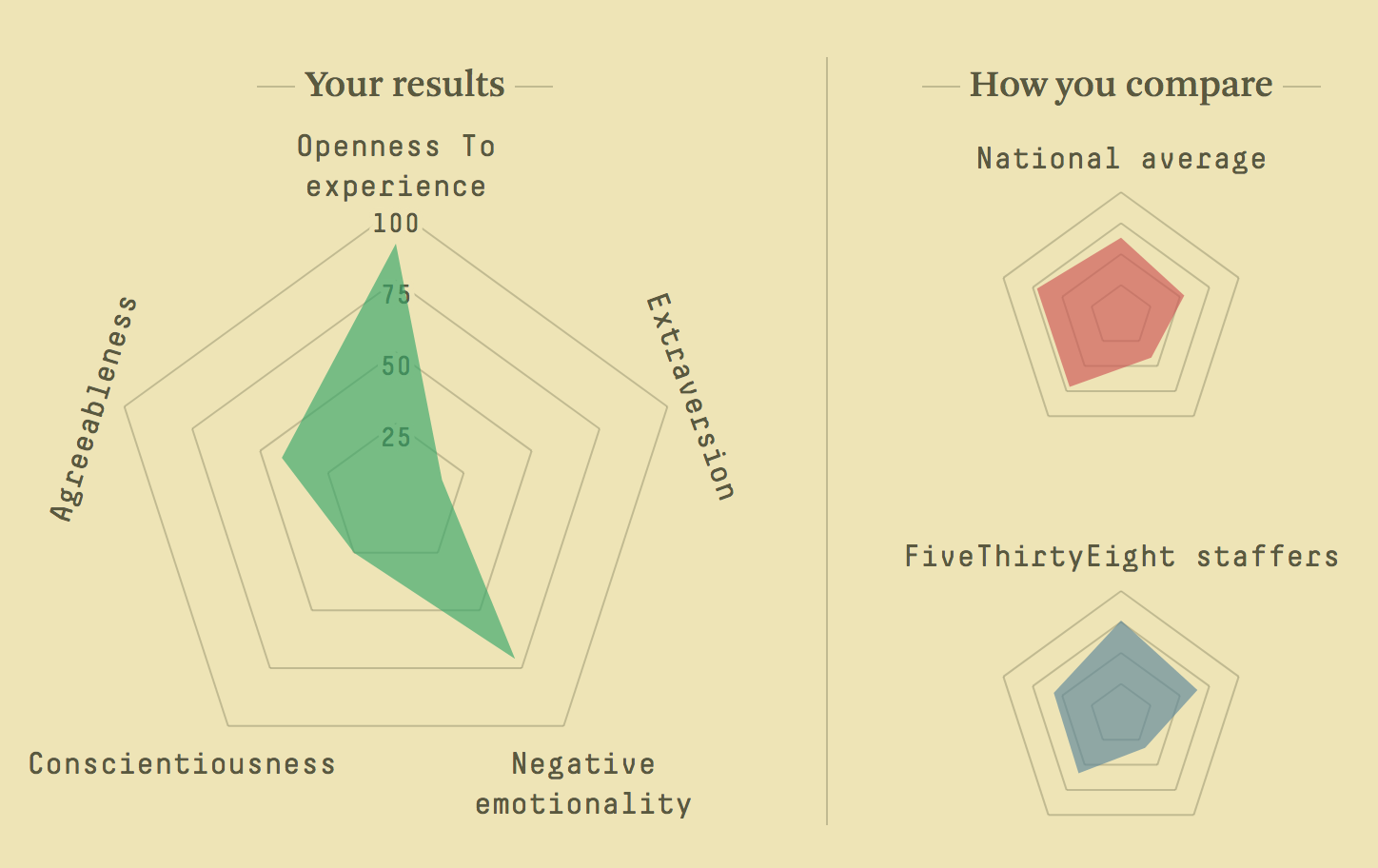 I’ve seen this type of graph in other places. For example, on the website for the video game ARMS: 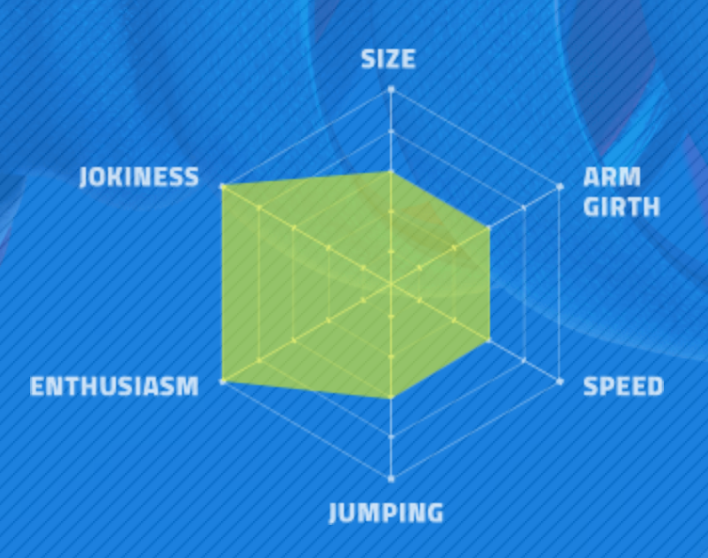 I was trying to think of a word for this, and couldn’t. What are these called?

In data visualization, it is called a

because it looks like either a radar screen with the values as you go around the circle, or it just sort looks like a spider’s web.

It is essentially a bar chart or line chart of a small set on the same scale that, instead of being arranged linearly, is arranged circularly. The spider’s web is like the y-axis on a linear chart, and the colored part is the value of each item.

Placing radar charts side by side allows a comparison of many dimensions at once based on comparison of the shapes (a much more accessible comparison than Chernoff faces. It is similar to Nightingale’s famous rose chart but the latter implies a cyclical order to the categories whereas a radar chart involves unordered categories.

FiveThirtyEight has a good use of radar charts to compare candidates. (see the graphic just above ‘Group 1’).