I thought about posting this in woodworking, but everything there seems to be related to actual problems in carpentry.

I’m trying to describe a kitten’s behaviour: Frisky’s so desperate for an opponent to wrestle with, even the [wall corner] will do. I want to know if there’s a technical term for this kind of corner. I already tried searching here and also googling convex corner, corner facing out, and wall corner facing out, all without finding the sought after term.

Here’s a picture of the actual thing: 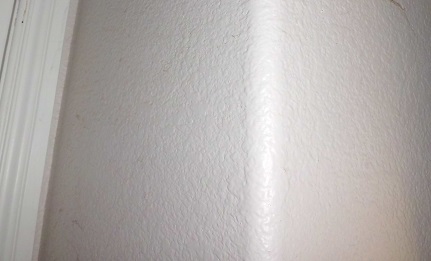 There is a word quoin or coign, which were originally variants of coin but relate to corner. Per the OED:

The coign version is less often seen these days. The OED says that when it means the same as quoin, then quoin is the ordinary modern spelling.

Various other specialized senses of quoin exist, but this is the oldest of them all.