In a game (Call of Duty 4: Modern Warfare), when a soldier (Gaz) asks his commander (Captain Price) about the “rules of engagement,” he is answered “crew expendable.”

As they are fighting on a ship, I have two translations in mind:

Which translation is right?

If you read the wiki on Call of Duty, definitely the former: the ship crew can be engaged. 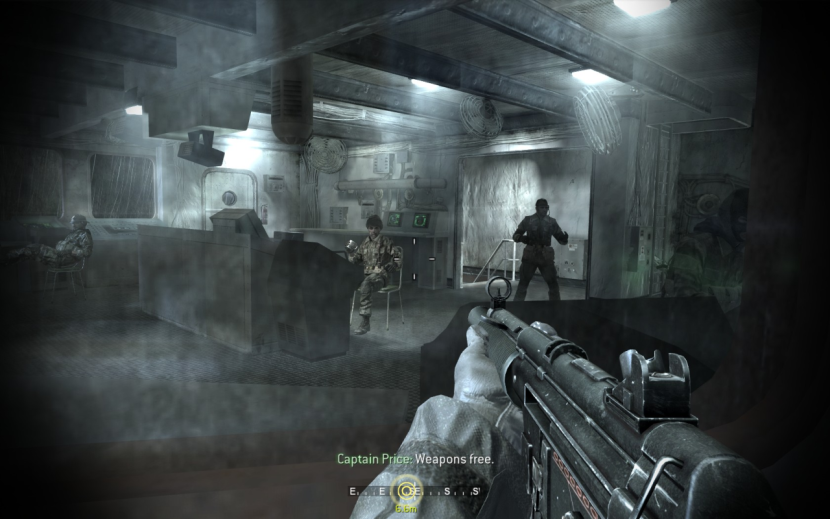 The trivia on that episode also include:

This mission contains many references to the Aliens series of films: These include the title, “Crew Expendable” (in reference to a line from the first film), and the lines “I like to keep this for close encounters”, “Check those corners”, “Stay Frosty” and “Soldier, we are leaving”.

From imdb on Aliens

Ripley queries Mother for advice on destroying the alien, but in the process discovers that “the company” (unnamed in this film, but identified in the sequels as Weyland-Yutani) had recognized the signal as a warning and wanted one of the alien creatures brought back for study, considering the crew expendable.