With roughly 15 minutes remaining in the first half, Christian Volesky was in clean on goal after a well-weighted pass in the right channel from Matt Polster, but didn’t get the contact he wanted and allowed the Louisville goalkeeper to save.

Does it just mean its a good pass? or actually this is a type of technique in soccer?

A good weighted ball is played into space in front of your teammate making it quite easy for them to run on to it in stride.

The term isn’t necessarily only used in football; I found this in a rugby book:

If the first receiver is to be the springboard of the attack, it is his responsibility to control the movements of the defence and to give a perfectly-weighted pass to a runner in the gap created.

and this one is from a recap of an ice hockey game:

Andres split the Notre Dame defense with a brilliantly weighted pass that found the stick of Reynolds, who was gliding toward the goal.

The blue line in this diagram shows the trajectory of a weighted pass: 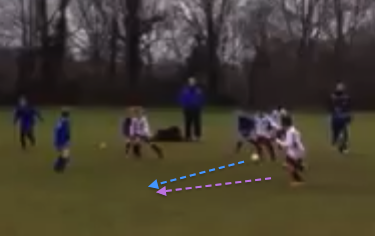 You can watch the execution of the pass at this YouTube video.