What is a small tent kind of shop on the side of the road called?

It can sell stuff like newspapers, snacks, coffee, and other small things. The only two things that come to mind are “a hot dog stand” and “street vendor” (though the latter is the person). So, I was wondering what other words for it may be?

In my language it’s called a kiosk or simply a van, whether it’s immovable or on the wheels, but from what I’ve googled, the pictures say it’s not the same thing in English.

Here is what I want to know the name for: 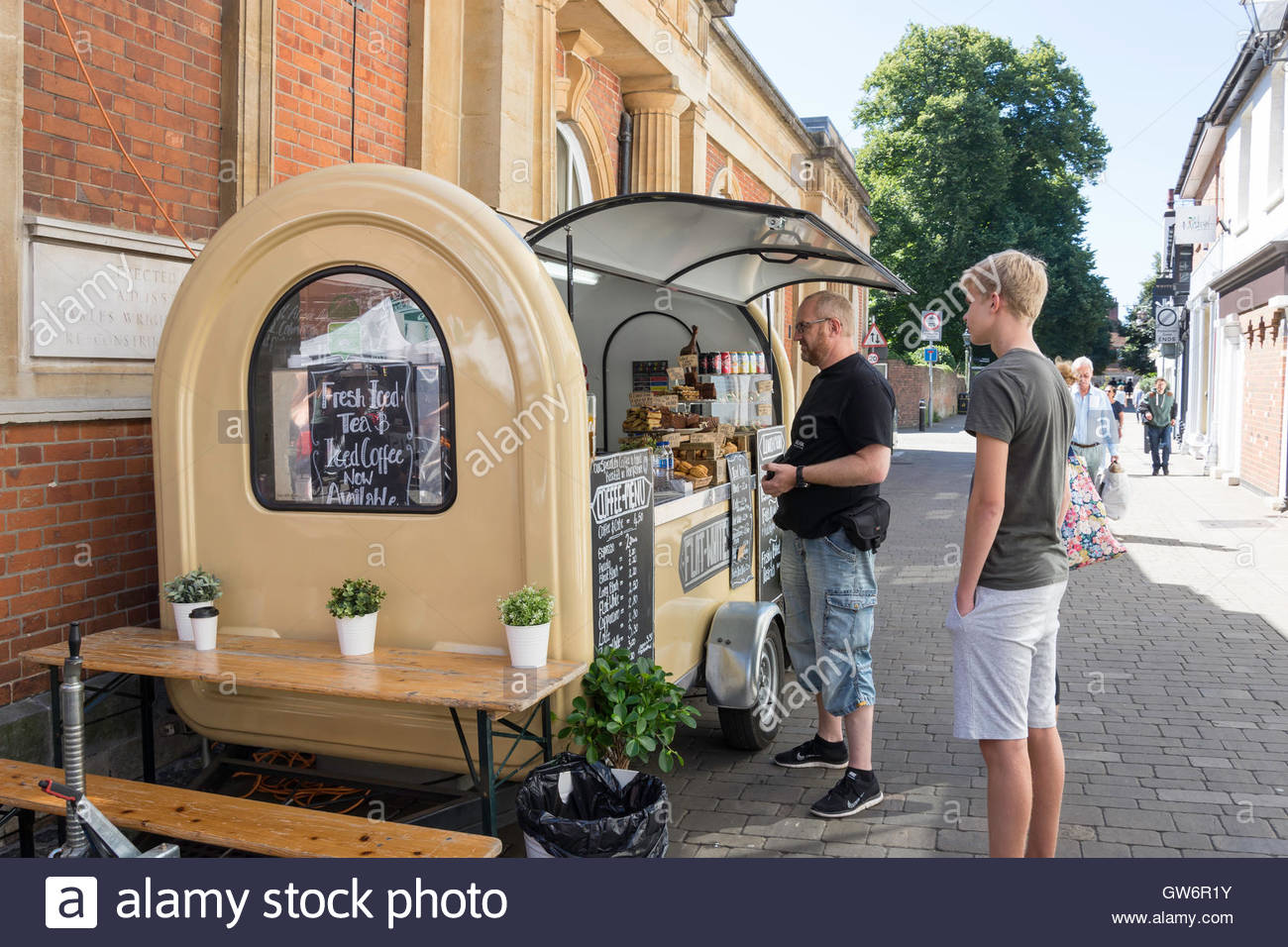 A type of cart with wheels that you manually push.

Dictionary.com says the term is primarily used in the US and in Canada

mainly US and Canadian a handcart, typically having two wheels and a canvas roof, used esp by street vendors. Also called: barrow

Wikipedia suggests that it is typically known as a food cart

A food cart is a mobile kitchen set up on the street to prepare and sell street food to passers-by. Food carts are often found in cities worldwide selling food of every kind.

It can also be simply called a food stall with wheels, or a vendor cart 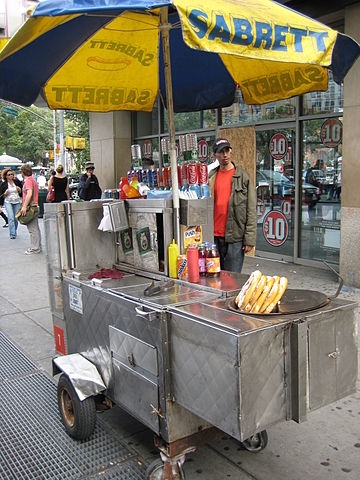 If the food cart is part of a vehicle, it is called a foodtruck