My question is about a sentence that I read in one of criticism of William Shakespeare’s A Midsummer Night’s Dream, it reads as follows:

The relationship between Helena and Hermia is characterised by sisterhood, to the
extent that they see themselves as a “double-cherry.” A similar relationship existed between Titania and the mother of the Indian boy,…

What is the meaning of double-cherry here.

I have tried looking online and the closest meaning I could find is from urban dictionary which states, double-cherry can mean a lesbian in online-chat terminology. This meaning fits nowhere in a Shakespearean commentary.

In Act III, scene ii, Helena compares her friendship to Hermia like two joined cherries that grow from the same stem. She means that they are like sisters, even though they aren’t really sisters. At this moment in the play, Helena thinks that Hermia and the boys are making fun of her, and she feels hurt. She’s trying to show Hermia how hurt she is.

As if our hands, our sides, voices, and minds,
Had been incorporate. So we grew together,
Like to a double cherry, seeming parted,
But yet an union in partition;
Two lovely berries moulded on one stem;
So, with two seeming bodies, but one heart;

A double cherry – one stem 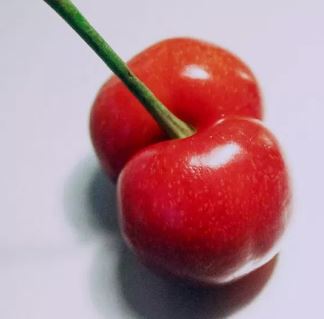