They were rescued by Joseph-Louis Liouville, the son of a captain in Napoleon’s army who became a professor in the Collège de France.

who became a professor: Joseph or his father?

Photo of the source: 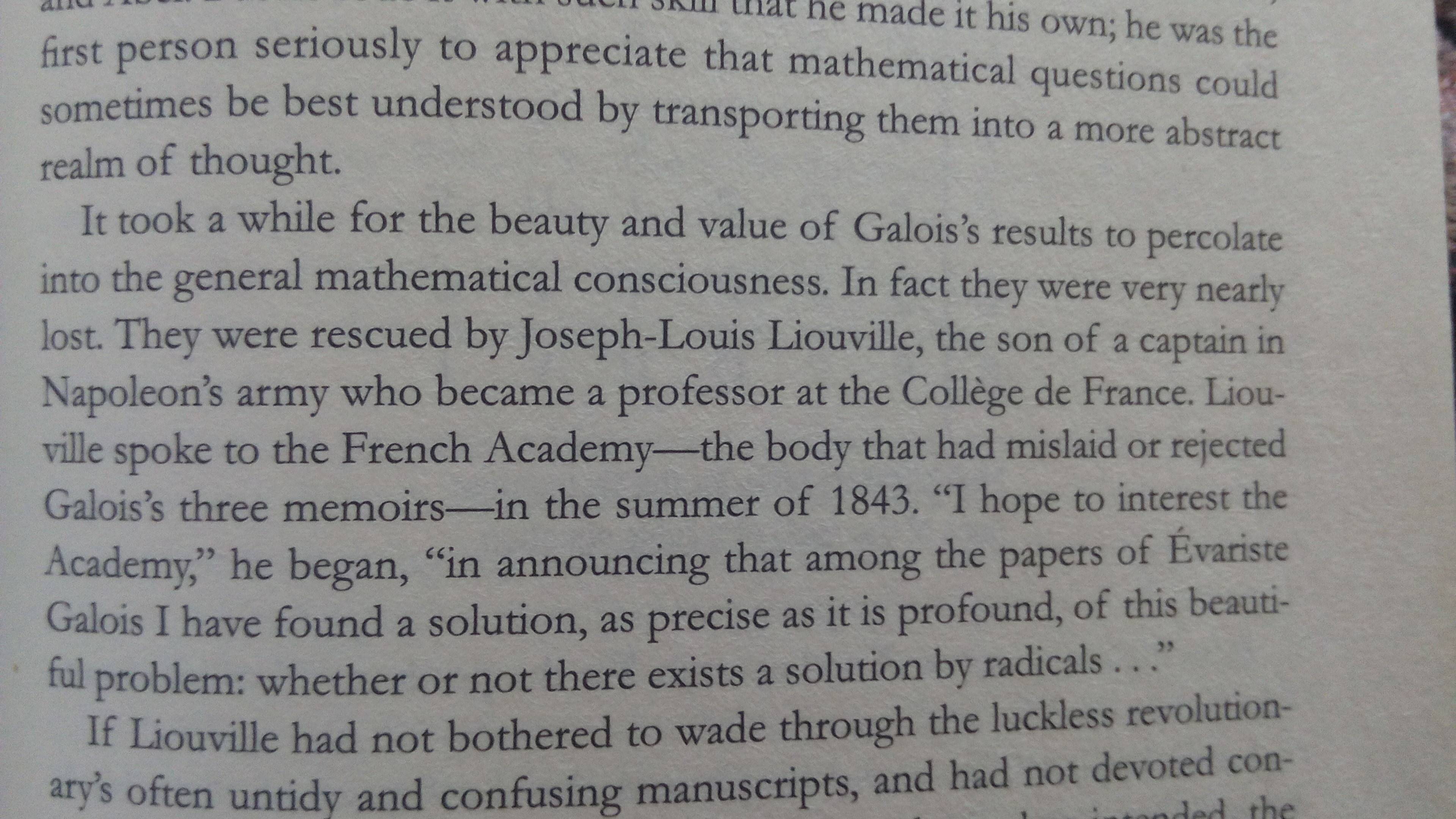 Poor punctuation leads to poor understanding. The sentence, as written, is ambiguous.

In context, the math was rescued by the son of an army captain. It’s unlikely (but not impossible) that the army captain of the Napoleonic era, would go on to become a professor of mathematics. Nor would a man’s father’s credentials likely be of greater significance than his own in this scenario. So, we can likely conclude this to refer to credentials of the son.

I’m reminded of the title joke of the book Eats, Shoots and Leaves, by Lynne Truss.

A panda walks into a café. He orders a sandwich, eats it, then draws a gun and proceeds to fire it at the other patrons.

“Why?” asks the confused, surviving waiter amidst the carnage, as the panda makes towards the exit. The panda produces a badly punctuated wildlife manual and tosses it over his shoulder.

The waiter turns to the relevant entry in the manual and, sure enough, finds an explanation. “Panda. Large black-and-white bear-like mammal, native to China. Eats, shoots and leaves.”