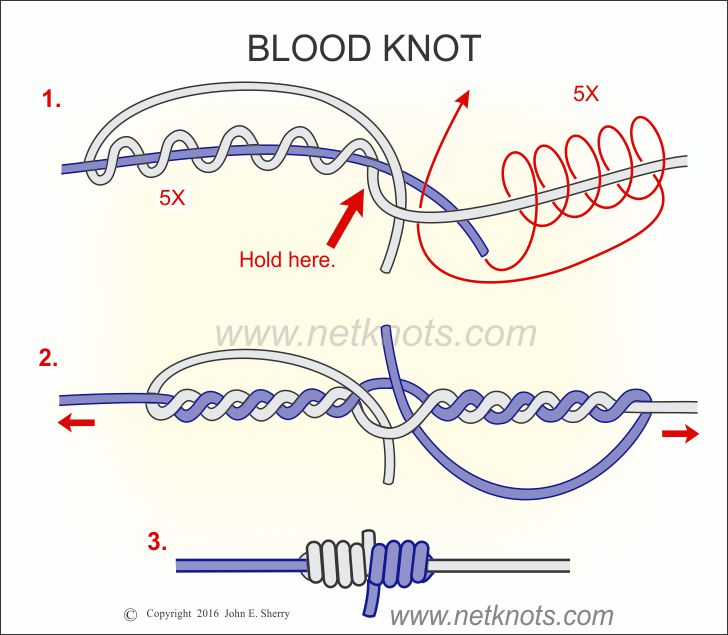 The barrel knot, called blood knot by Keith Rollo, is the best bend there is for small, stiff or slippery line. The ends may be trimmed short and the knot offers the least resistance possible when drawn through water.

But what’s the reason for this name?

Here is the Oxford English Dictionary entry for blood knot, within “blood, n. (and int.)“:

blood knot n. (originally) a multiple overhand knot of a kind formerly tied at the end of whips (or ropes used for whipping), to increase the pain of the blows inflicted; (now also) Fishing and Surgery a knot used to tie two ropes or lines together.

These knots are designed to draw blood, as an early example describes:

1863 London Rev. 24 Oct. 435/2 The novice proceeds by stages from tickling herself with a few strands of whipcord to goring her shoulders with hempen thongs full of blood knots.

The meaning switched over to a knot that joins two lines by the 20th century: