It’s definitely more than one athlete in the Russian team.
On TV: 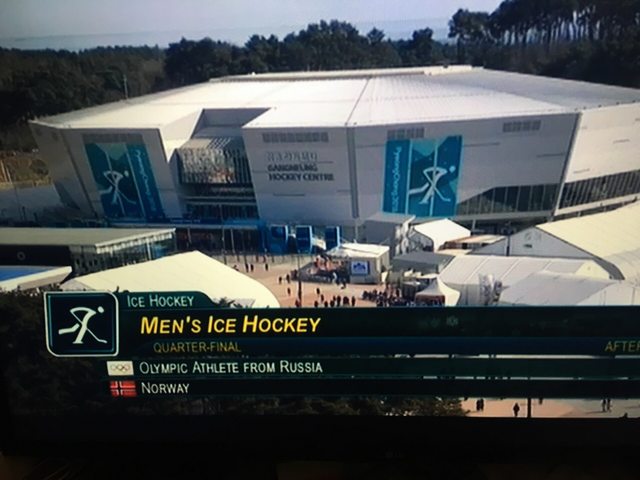 And they did it all the time till the finals: 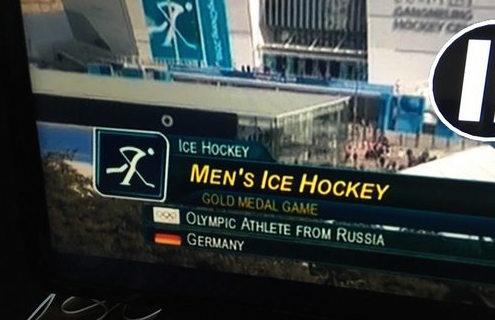 Clearly, it wasn’t an arbitrary error or slip-up. 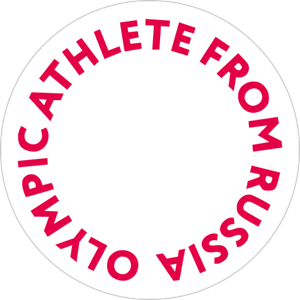 I would note that the official French name is Athlète Olympique de Russie— also singular, and also widely referred to in the plural (athlètes olympiques) in French news media.

The singular designation thus seems to be intentional, although why it was chosen is a matter the IOC has not divulged. Perhaps this logo and team name appearing on the uniforms would underscore that the wearer is an individual athlete, and not part of a delegation— that is, that OAR is not simply RUS by another name.

Names are names, and aren’t required to be natural, or grammatical, or semantically logical, or to follow any other rules, and official names don’t necessarily correspond to names found in everyday usage. Prior to this designation, O.A.R. as an initialism was arguably most famous as the name of a band, Of A Revolution, which doesn’t really “make sense” to me as a name either.

If you follow the Olympic movement it would not surprise you to see other unusual entries in the list of Olympic programs competing in the Pyeongchang games. Olympic Athlete from Russia is no less jarring than Former Yugoslav Republic of Macedonia marching in under F when the games are hosted in English-speaking countries, or the even older Chinese Taipei.